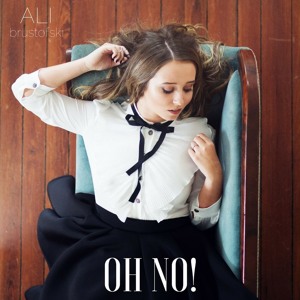 Ali Brustofski - singer, songwriter, dreamer * 2018 - "Oh No!" original single released on 2/12/18 - https://open.spotify.com/track/0kpHk6BGRBDbyuTcQZ8nGN?si=t47gxeofQ92LD2BFGFLIvQ * 2016 - "When I Fall" original single debuted by "Idolator" and featured on Spotify's Official "Teen Pop" playlist * Featured in Forbes Magazine - 11/5/15 * Opened for Rita Ora - 2014 * Full 2 page feature in Billboard Magazine's 7/6/13 issue * "Dream Big" EP release - Singles debut on RyanSeacrest.com & Z100.co * 2012 finalist on US National TV network, The CW's singing show "The Next" * 2011 Radio Station Z100 NY Hometown Hero * Voice of "Piper O'Possum - the host of Nick Jr. on Nickelodeon from 2004 to 2007 * Original songs, Cover songs, Beauty & Style videos, behind the scenes & vlogs * New Single #WhenIFall out NOW * dream big :) Ali Brustofski is a singer/songwriter who released her first EP, "Dream Big" in 2013, a year that also saw a 2 page feature article by Billboard Magazine and original video premieres by Ryan Seacrest & Z100 New York. Ali was the NY Finalist on "The Next: Fame Is At Your Doorstep" on The CW Network. She is also the winner of the 2011 Z100 & State Farm Hometown Hero Contest, won the prestigious NY Songwriters Circle "Young Artist Award" in November of 2009, and she's been writing and recording original songs and covers ever since. Her songs have been used by NBC's "The Voice", and in promos for Nickelodeon's "iCarly". Ali has a large and growing fan base, with over 500,000 YouTube subscribers and 100 million views from all over the world and she is thrilled at the wonderful response her original music has received. Ali will always "dream big", and she is working as hard as she can to make those dreams come true. Business inquiries only: alibrustofskiofficial@gmail.com