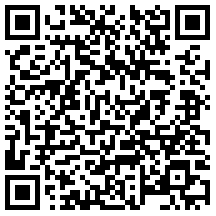 Universally accredited with being one of the first DJs to open up the world of electronic music to global chart audiences, transforming the sound of radio and with it, the musical tastes of millions of listeners across the world in the process, David Guetta has established himself as a true, modern day dance icon. After first making his presence most notably felt in the US with his production work on the Black Eyed Peas‟ „I Gotta Feeling‟ in 2009, a track that has since gone on to record over 8.3 million sales and establish itself as the biggest selling download in U.S. history, Guetta effectively laid the foundations for what is now a burgeoning, worldwide dance music scene. This success translated across the Atlantic too, with both „I Gotta Feeling‟ and the equally anthemic „When Love Takes Over‟, featuring former Destiny‟s Child songstress Kelly Rowland, both rocketing straight to the top of the UK Singles charts. Similarly, Sexy Bitch ft Akon, hit the top spot in multiple countries and made David not only king of the clubs, but a household name. Following the subsequent release of Grammy-nominated, platinum selling albums „One Love‟ in 2009 and follow up „Nothing But The Beat‟, both of which have boasted numerous #1 singles such as „Titanium‟, „She Wolf‟, „Without You‟ and featured collaborations with everyone from Snoop Dogg to Sia; Usher to Nicki Minaj; Lil Wayne to Rihanna, Guetta has continued to build on his vastly impressive, ever-growing musical legacy. In total, Guetta has sold more than 8 million albums and 40 million tracks. Not bad for a DJ! Fast forward to 2014 and having focused on his own „Jack Back’ imprint throughout the first half of year - the label from which he cultivated the careers of then-budding DJ‟s Nicky Romero, Avicci, Afrojack, Showtek and more – David released a trio of club singles including „Bad‟ and „Shot Me Down‟ that have each hit the #1 spot at Beatport within their first respective weeks, he is now channeling all his efforts towards what will be an incredible sixth studio album. The new major single “Lovers On The Sun” will bring together the three Jack Back singles for a summer 2014 EP; sure to be an anthem in the Balearics and beyond. It is also worth noting that Guetta is now regarded as one of the world‟s most popular figures on both social media and streaming platforms. He has close to 55 million Facebook fans, 15 million Twitter followers and 2 billion YouTube views. Plus 5 million Spotify followers which is well over half their registered user base. The stats speak for themselves. As well as his influence on the culture of dance music and its subsequent impact on popular music across the world, Guetta has also helped solidify the notion of the DJ being the artist. Not just prolific and talented producer, David is a DJ first and foremost and tours non-stop. He has already played to well over 1.5 million people in 2014 alone, reinforcing not only the global reach of his music, but the unprecedented demand that exists to watch DJs perform. Headlining multi genre festivals, EDM gatherings and his own stadium shows, he has helped lead the change of the landscape - forever. Having also recently announced coveted Ibiza residences at both Pacha and Ushuaia, as well as an extended run of European festival dates across France, Germany, Estonia, Italy, Sweden, Iceland, Italy, Russia, Spain and Scotland before the summer is out, 2014 is shaping up to be one of David Guetta‟s biggest years to date.