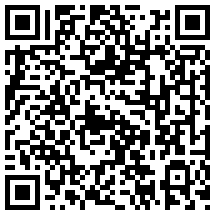 Flatland Funk - Savage Antics [Out Now]! Download/Stream ▶ http://smarturl.it/savageantics While there are many DJs across the planet who illuminate their hometowns with a strong music scene, there are only so many who make a global impact with it, and although some DJs may see a lot of cities, the most successful ones are those who are no stranger to the three most powerful places on earth: the studio, the chair of a record label, and the biggest festival stage to be found. One such Canadian artist, aptly named Flatland Funk for shaking bassbins near his home in Saskatchewan (which he calls the flattest land in the world), is making waves that tear through his territory and beyond, getting plays from gigantic global artists such as: NGHTMRE, Dirty Audio, Young Bombs, Pixel Terror, Jinco, MAKJ, Blasterjaxx, Dyro, Meaux Green, Tommy Trash, Bombs Away, and many more. From his fervent following at his former weekly “Flatland Fridays” in Regina to the airwaves abroad, he is one of the hardest working rising stars in Canada, wearing many more hats than just a set of headphones. Flatland Funk is a DJ, producer, promoter, and label owner whose growing popularity is rooted in a mind-blowing discography that has amassed over 60 releases of his own music, with face-melting EDM hits across several subgenres charting incredibly high on Beatport’s top 100 and skyrocketing Soundcloud plays. His work is a staple on many top shelf hard-hitter labels such as Play Me Records, Central Station, Bomb Squad, Big Fish, Peak Hour, and most importantly, his own. As the label owner of Pyramid Recordings, Flatland Funk puts his devotion to music on a separate playing field, actively zeroing in on the vast knowledge base it takes to run a label and curate a world of artists’ work to one brand that will influence both fans and DJs alike. As one of Alberta’s Boodang Music Residents, the larger stages of the Canadian festival circuit would feel incomplete without him, and his festival performance journey never ends. Nearly 30,000 fans rushed to Chasing Summer Music Festival this year while Flatland Funk was packing his tracks to heat up the stage. With a swelling interest by the industry for his crowd-quaking, earth-shattering drops, his remixes, and his expertise in the scene in general, it is no secret whatsoever that Flatland Funk can attract a crowd that is larger than life, and has earned the spotlight he currently holds with his strong career that has spanned well over a decade of hard, banging, professional-level work.