I Know My Heart Now.

I Know My Heart Now 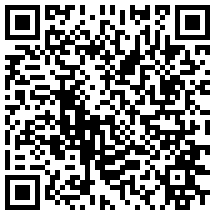 Josh Smith, now recording as Jose Schmitt is a producer and songwriter from the South East Coast of the UK. All the great romantic artists have continental European names, so Josh decided to amalgamate a couple of names from a couple of European cultures and combine them into something that roughly resembles his original name but with some classic artistic flair. The change to 'Jose Schmitt' is a symbolic representation of a personal ambition and identity reinvention to pursue new sounds, artistic depth, vulnerable expression and musical evolution. Formerly composing and writing electronic music including Future Garage, Trip Hop and House, but non-commitedly drawing artistic inspiration from a lot of 70's Rock, Grunge, modern Indie music, Jazz, Dream Pop and 80's production techniques; Jose's sound is becoming an experimental mash up of everything he represents musically. The resulting sound is a genreless crunchy, lofi, synthetic-come-organic, spacey, paddy mess of an attempt at sharing feelings through [proudly] electronic 'bedroom-style' production. Email Contact: joseschmitt@jtsmithmusic.com