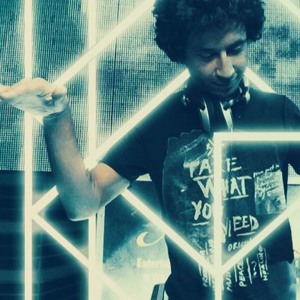 Kareem Gamal was first introduced into the pleasures of Electronic Dance Music at the young age of 16 as his ears caught a glimpse of the groovy sound of Sasha , John digweed and Hernan Cattaneo. This sound enthralled him with it’s smooth rhythms, vast melodious landscapes and progressive flow. From there and on, a passion started to develop, beginning with long hours of listening to various tracks and mixes..Kareem kept diving deeper into his creative resources and in 2008 he gave his first radio appearance at   the biggest online radio station  “Digitally Imported Radio” . with the show " Melodic Obsessions "  on www.DI.fm on the progressive channel that got supported by many of the well known international DJs worldwide... In time, this passion developed into a desire to become more instrumental in spreading this music to the people around him, and encouraged by his friend by getting into the style of dark techno and progressive , At 2008 Kareem started going professional as he was the founder of the techno music in his city " Alexandria " that pushed many people to get down to listen to this kind of sound that made him one of the pioneers of techno music in Egypt. It's also necessary to mention that Kareem Gamal made a real achievement in the DJing field generally inside Egypt at his beginning by winning the biggest DJ competition ever made on 2011 . It's the competition that was held by Humaneye.tv company that attracted the top DJs to participate in the competition ....Kareem is not only one of the rare DJing talents of Egypt as he is famous for his great mixing abilities but also one of the best DJing instructors who is always proud of getting some well known current names learned DJing by him ... Not only about DJing , Kareem also got a brilliant fame in production worldwide as he signed his tracks to some big labels like Dear Dear Records , Click Records , Capital Heaven Records and Hungry Koala Records The future looks promising for this rising young man as he moves into a time of endless possibility as he has also become well familiar with the biggest clubs and venues around Egypt, played in some of biggest clubs there such as Little Buddha Club , Hard Rock Cafe , White Beach Club and Papas beach Club , Motion Club in Hurghada , 24k Club in Cairo , Also played in many Clubs in his city , Alexandria , and in many other famous places along with some big names outside Egypt and got supported by Stan kolev , Matan Caspi , Darin Epsilon , Gustavo Mota , Chapeleiro , Andea bertolini , Andrez , Paul Ursin and many more....Kareem is looking forwards to spread his music worldwide by having the ability to generously spread the sound which he holds so dear wherever he is invited across the globe. Booking: djkareemgamal@gmail.com