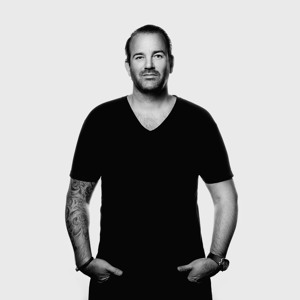 Biografie That the life of Stefan Dabruck is in the instance shaped by music, is demonstrated by the intensity with which he conducts his profession. Since working in the music business for over 13 years, he was for almost a decade Germanys leading A& man at the former most successful club label Superstar Recordings. In 2009 he decided to establish the Label WePlay with Elmar Braun and Frank Klein, which was twice (2010 & 2011) awarded Germanys best dance label 'prize'. Signings for artist like Axwell, Steve Angello, Sebastian Ingrosso, Laidback Luke, Laserkraft 3D and the full 'cream' of the international house scene, rewarded him with more than 20 gold records and several international awards. Besides WePlay he is also well-known as the manager of big-ones like Tocadisco, Jean Elan or Laserkraft 3D. But also as a producer Stefan is able to look back on more than 100 releases in the last few years. With remixes from international artists like Moby, Axwell, Sebastian Ingrosso, Bob Sinclar, Public Enemy, Dada Life and Armin van Buuren. Through these remixes and a range of unions with quite a few famous guys, Armada and the management around Armin van Buuren had a look at him. In 2011 the debut album “2:48 am” from Dabruck & Klein appeared on WePlay/Armada and was very successful, selling in more than 20 countries. For their success so far, Armada presented them with the honour of releasing the prestige album “Dabruck and Klein´s hands on Armada”. A remix album with his remixes from classics like Binary Finary or Greece 2000. As a DJ Stefan has travelled across all of the major continents and has completed more than 1000 DJ-Gigs with Dabruck & Klein in the last 10 years. In 2010/2011 alonenhe traveled to more than 20 countries and played from the familiar club to the big festivals always with distinction. In a list of festivals like Armada Night, Netherlands; Loveparade, Germany; Soundtropolis, Germany, a MOS Tour in Australia, Motorockr Festival, China; Day & Night Festival, Austria and clubs like Webstar Hall, New York; Ivy, Sydney; Suzie Wong, Peking; Twighlight, Dubai; Koko, London or the Queens Club, Paris. Although he is working simultaneously on the new Dabruck & Klein album, his focus in 2012 will be on solo releases and DJ performances as Stefan Dabruck. His first single “Bullet” in conjunction with Christian Burns plus his remix for Lenny Kravitz´s Track “Superlove” will be released shortly. Furthermore there will be a dozen future releases, through which we will hear a lot of things from Stefan Dabruck in the near future. More information about Stefan Dabruck: www.we-play.cc www.facebook.com/StefanDabruckOfficial www.twitter.com/StefanDabruck www.soundcloud.com/dabruckandklein Beschreibung mailto:bookings@adjustedartistmanagement.com all other request nicole.honz@we-play.cc